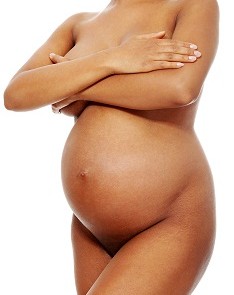 Acupuncture may be able to assist with the ache and pain associated with knee osteoarthritis.

Hi there, we are an Acupuncture clinic in Cairns with a special interest in Fertility, childbirth and pregnancy.

We may be able to assist your conception –

alongside your ivf cycle and in conjunction with your IVF doctor.

to help you 3 months leading up to your ivf cycle

to help you in between ivf cycles

Some information for you –

How the ovaries, tubes and uterus work

A girl may have her first menstrual period at 12 or 13, her ovaries have nevertheless been functioning since before she was born. The eggs in each ovary were made while she was a fetus, while she was still in her mother’s uterus, when mother was between about 14 and 20 weeks pregnant.

The most eggs a woman will ever have, or have had—about seven million-is when there’s still 20 weeks to go before birth, from this time on, there will be fewer and fewer, and none will be replaced. By the time of birth there are about two million eggs left in the ovaries-a fraction of the original number. Queensland Fertility Clinic

Eggs (ova and follicles) and what makes them grow and then ovulate during the ovarian cycle;

Sperm and how they are produced ( The fallopian tube, the uterus and the cervix;

Conception, including fertilization and implantation; and

As the eggs are made in the embryo (see the box, Laying down eggs for the future), they’re surrounded by a thin layer of cells to form a follicle. The follicle cells -will support the egg they enclose for up to 50 years or more, providing it with nourishment, Vet stopping the egg from maturing. Eggs that are left bereft of a follicle soon die and disappear.

The great majority of follicles, however, never grow to maturity and ovulate; the/ start to develop, but then conditions for them to keep growing are not right: the egg they contain loses its nourishment and dies; the follicle cells themselves die; and the tissue from the follicle is absorbed back into the ovary. We call this process atresia: the egg undergoes atresia and so does the follicle

Atresia continues until all the follicles are gone. The younger a woman is, the more follicles at any one time are starting to develop, and hence the more follicles will be undergoing atresia. Atresia starts in the fetus, continues through childhood, adolescence and the reproducyears, and finishes after the menopause, when finally there are no eggs left. Atresia marches on at the same rate, heedless of pregnancy, heedless of using oral contraception (the birth control pill), and heedless of conditions in which the periods stop (amenorrhea). Only during ovari an stimulation for assisted conception is it overcome… transiently and incompletely.

At the time of the first period, when reproduction first becomes possible, at least tech’ nically, there are just 300 000 or so eggs left in the ovaries.

And so it continues. Every day, some resting, primordial follicles begin their growth with number of follicle cells and in the size of the overall follicle, f^or those that escape early atresia, this long, slow growth, before they can be recruited into your menstrual cycle, before they can make estrogen and before they have a chance of being selected tor ovulation, takes eight months.

THE PITUITARY GLAND’S CONTROL OF THE OVARIES

The pituitary gland, lying under the brain behind the nose, produces two hormones that the ovary needs for ovulation: follicle stimulating hormone (psH) and luteinizing hormone (LH), which in turn are controlled from higher up (see the box, pituitary hormones depend on the brain). pregnancy clinic cairns

The purpose of p$H, as the name indicates, is to keep follicles growing once they’ve started. What makes a particular follicle start to grow after so many Years of rest? This is still a puzzle, but the number that will be getting going, say in one day or in one week or in depends on how many follicles are still in the ovaries. The purpose of LH (this hormone’s name can stay unexplained until later) is to push a fully developed, large, preovulatory follicle into going further ahead and ovulating-which we 11 also get to further on.

A resting follicle, or primordial follicle, is about one-eighth of a millimeter in diameteronly a little bigger than the egg it contains. It starts to grow, for a reason that’s still obscure, as the follicle cells begin to divide and increase in number (see Figure 3.1). As the follicle the cells, leaving the egg to one side attached to the wall of the follicle and still surrounded a layer of follicle cells. (For a summary of what the follicles are called through these stages see the box, follicle talk Queensland Fertility Clinic

Figure 3.2 shows the changes in pituitary hormones and ovarian hormones during a typical ovarian cycle. Refer to it while we consider how a follicle does its amazing final growth spurt and then ovulates. Queensland Fertility Clinic

Laying down eggs for the future

The process by which the eggs, or ova, are formed in the fetus is called oogenesis, and the multiplying forms of the eggs are the oogonia. The oogonia have all gone by birth. Fronr then on the eggs are in the form of primary oocytes,which cannot divide now except in called meiosis, by which the egg’s genetic complement (the chromosomes) is halved. The equivalent of oogonia in males, the spermatogonia, persist in the testis throughout life, multiplying and replenishing themselves the way aft other cells in the bod^’ do, by mitosis.

tffry does nature insist that all the eggs are made before birth, whereas new sperm cells are usually made into old age? “f he reason must be important, because it seems to be true for much of the animal kingdom. Whether it be fish, frogs, reptiles, birds or mammals, the eggs are formed before the female of the species becomes fertile.

As the woman’s period starts from the end of the previous cycle, there’s a small rise in pSH levels in the blood-enough to get this group, or cohort, of similar follicles being recruited the cycle and growing further, instead of immediately undergoing atresia.The number of follicles in the cohort (spread between the two ovaries) will depend inversely on the woman’s age: at 20 Y^ars it could be about 50 or so; at 3q Vears, perhaps 20 to 3q; at 4(2 years, say five to ten; and at 45, maybe just one or two.This concept is important, because no amount of stimulating the ovaries can increase the number.The actual number at a particular age will be different in different women, and to a small extent it may be different in a woman from one cycle to the next, especially when she gets older. Fertility Cairns Clinic.  www.cairnsmassage.net.au

The follicle becomes visible on ultrasound scanning of the ovaries at about 3 millimeters in size, a stage at which we refer to these follicles as ‘recruits’. As it grows, it secretes the ovary’s important sex hormone, estrogen.The rise in estrogen in the blood is slow at first, the pituitary gland cuts back its FSH productioiMnd this soon sorts the sheep from the goats in the ovaries. One after the other, the follicles that by bad luck lag behind their fellows run out of steam (or psH) and undergo atresia. F3y the end of the first week, just one follicle is leftcharged up with psH and with its own capacity for making estrogen (and different in its content of hormones to other follicles: for more see the box, Hormones in follicles).  pregnancy clinic cairnsFertility Cairns Clinic

This dominant follicle, now about 8 to 10 millimeters in diameter, will keep growing, producing more and more estrogen, until it’s mature and approaching 2 centimeters in size. (Remember that the follicle, though it now has many thousands of follicle cells, consists largely of fluid-it is, literally, a small cyst.Queensland Fertility Clinic

Powered by Your Inspiration Web